Global Aviation is the oldest pilot academy in Greece. Having its administrative and ground school base in Athens and its flying base in the Civil Aviation Airport of Pachi, Megara (LGMG), Global Aviation has been training pilots for private and commercial courses, since 1997, when it was approved by the Hellenic Civil Aviation Authority (HCAA). In 2004, the Joint Aviation Authorities (JAA) inspected and approved Global Aviation as Approved Training Organization (EL.ATO.102), according to Joint Aviation Regulations (JAR). In 2012, the academy adopted the European Aviation Safety Agency (EASA) Part-FCL standards.

Global Aviation is culture-oriented, offering to local and international students the opportunity to co-exist and cooperate despite their cultural differences. This is very important since graduate pilots will likely have to work with people of diverse cultures throughout their career.

Global Aviation is approved by the HCAA and EASA to offer Cabin Crew Training Courses as EL.CCTO.102. All theoretical training takes place in Global Aviation’s ground school base in Athens. The courses’ practical training takes place in approved locations including the Athens International Airport “Eleftherios Venizelos” in accordance with HCAA and EASA. Global Aviation offers 2-months long initial cabin crew training courses designed for individuals who wish to follow a career as cabin crew in the dynamic aviation industry and intensive cabin crew courses that can be tailored to meet the needs of domestic and international airlines. 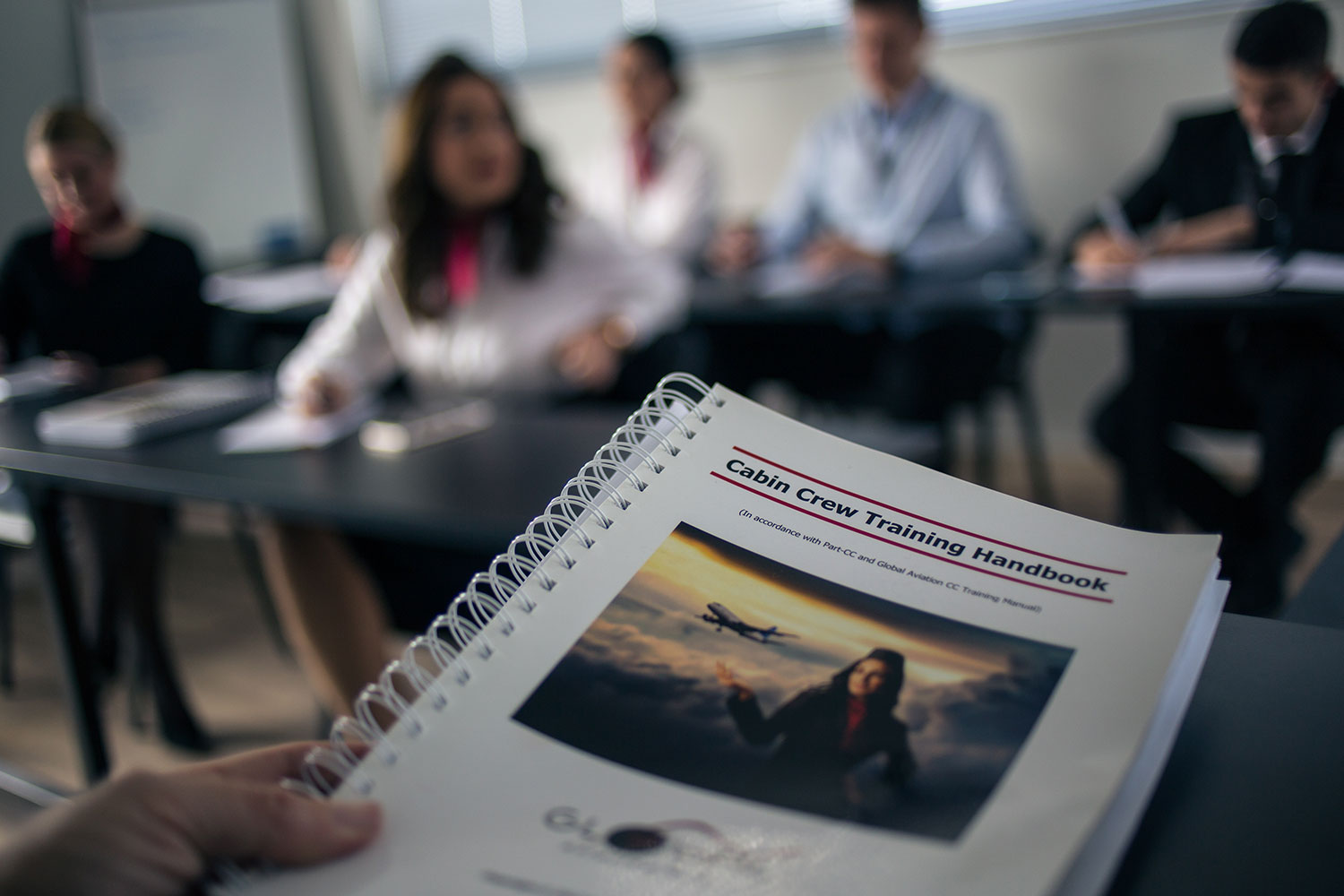 Global Aviation is offering top-quality aircraft maintenance solutions. Having its base in the general aviation airport of Pachi, Megara (LGMG), Global Aviation is certified by the HCAA and EASA to offer maintenance and continuous airworthiness management services for single and multi-engine piston airplanes, as Maintenance Organization EL.CAO.0002.

Global Aviation is a certified test centre (EL.LAB.102) for the ICAO Aviation English Language Proficiency Test (LPT), offering exams throughout the year. The LPT is a high quality test for private, commercial and airline transport pilots and provides to both trainee and licensed pilots with the means of determining English language proficiency for international radiotelephony communications.

Hurry up! New courses will start on
November, 2021